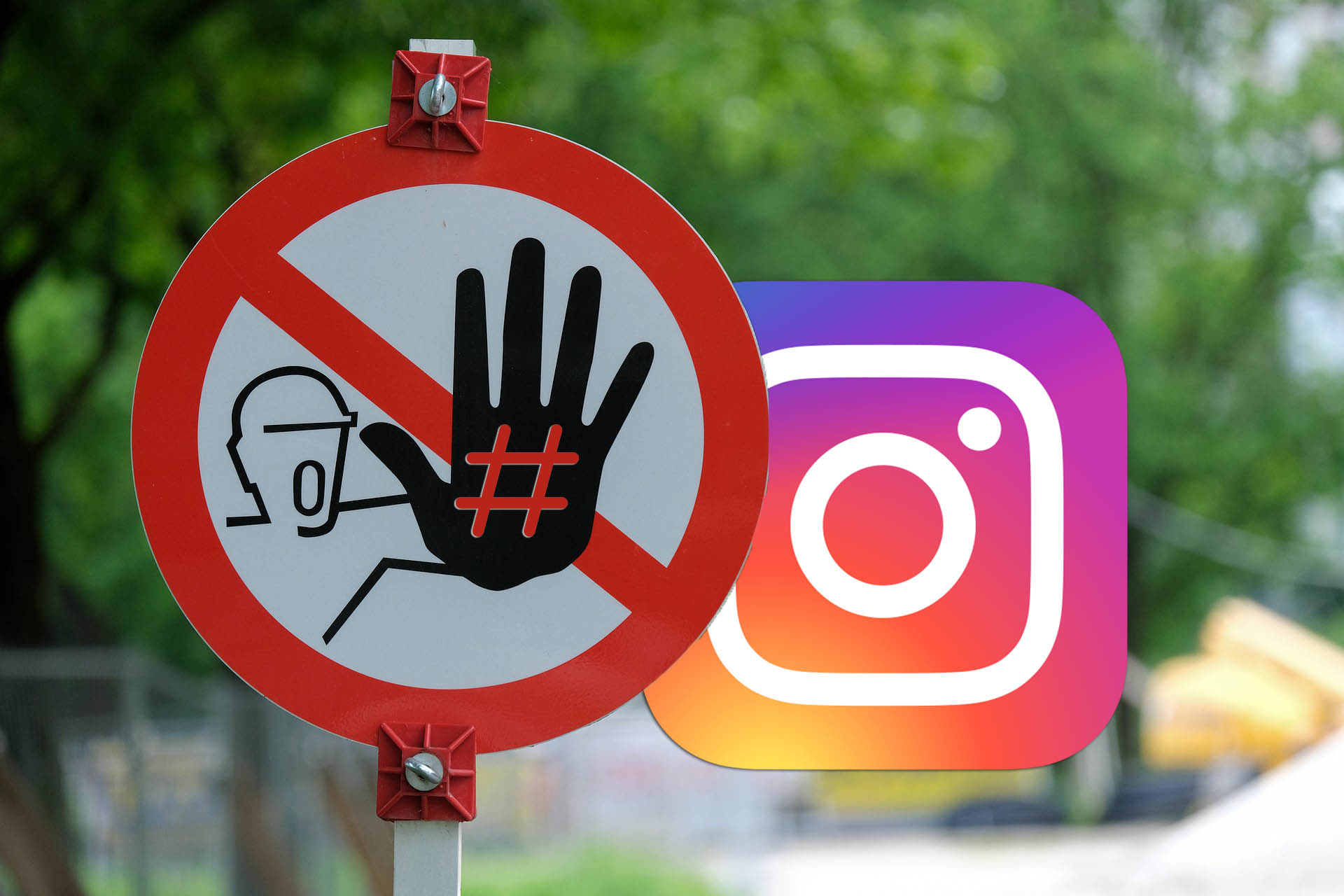 By now, a large percentage of the world’s population knows what a hashtag is, and knows what it represents when they see one. While this tool was first used on Twitter, Instagram has swiftly taken it over, and it’s not the number one social media site when it comes to hashtags.

When you use hashtags on your Instagram posts, your content is going to be found along with other posts that fall within your industry or niche. This helps users who may not have heard about you yet to find you and discover the awesome content that you put up. It also helps you reach the right audience and ultimately build up an awesome online community around your brand.

Using hashtags on your Instagram content is one of the best ways to get more engagement and help new followers find you. However, there are many Instagram users out there that get frustrated when they don’t see the results they expect from it. There are actually a surprising number of reasons why your hashtags may not be working with your content, from using the wrong number of them to putting them in places they shouldn’t be. It’s also possible that you’ve been using your hashtags in a way that could get you shadowbanned.

Let’s take a look at some of the reasons why your hashtags may not be working for you, and help you figure out how you can make them work for you and your content.

1. You’ve Been Flagged or Shadowbanned

This is one of the biggest reasons why your hashtags aren’t working. Because there have been many people historically violating the hashtag rules on Instagram, the social media giant has figured out a way to make stricter regulations for the use of hashtags. These guidelines are meant to help limit the amount of spam on Instagram and create a better experience overall for users of the social media app.

One of the biggest downsides to this is that it can obviously hurt people who aren’t intentionally trying to make their account look spammy. It’s easier than you think to do this.

When Instagram flags your account or content as spam, it severely limits the number of people that you’re able to reach with your content. This means that you’re not going to be able to find your target audience with your hashtags.

Here are some of the things you could be doing that may result in being flagged:

If you think that your account has been flagged for misuse of hashtags, then there are a few things you can do to fix this. The first is to get rid of any misused or banned hashtags from any of your past posts. You also want to stop using any hashtags for a day or so. You can also contact Instagram to report your issue.

If none of these help, then the bad news is that you may have to start over again with a new Instagram account.

One of the best ways to resolve the problem of hashtags not working is to make sure you’re only using hashtags that relate to your content and your profile.

Before Instagram started to crack down heavily on spammy content and actions, many accounts were able to increase in popularity by using trending hashtags on their content. This would automatically increase their reach and make them much more likely to be found on the explore page.

However, this tactic doesn’t work anymore, to the frustration of many. It may even cause Instagram to flag your account. If you’ve used this strategy in the past, then there’s a good chance that Instagram has flagged your account.

For this reason, you should avoid any hashtags that are too popular or unnecessary. Try to avoid those hashtags that have millions of posts attached to them already, because they aren’t going to help you grow your account.

With this in mind, we think it’s best to stick to hashtags that are super relevant to your niche. This is going to help your posts get in front of the people that matter, and these people are much more likely to interact with your content. It’s also going to help to improve your engagement rate in general.

This is why it’s important that you do your research and take a good look into the hashtags that you’re using. When you use banned hashtags, of course, you’re putting your account at risk of being banned, too. When Instagram shadowbans your content, only people that are already following you can see your content. This is going to severely limit your reach and ultimately hurt your profile.

Thankfully, it’s easier than you think to figure out if a hashtag has been banned or not. When you look up the hashtag in the search bar and click on a hashtag that you’ve looked up if it’s been banned it will say that posts with this hashtag have been hidden because the community reported spammy content.

With this in mind, it’s always a good idea to look up hashtags before you go ahead and put them on your content. It’s also important to keep checking up on the hashtags that you’re using, in case they’ve been banned since you started using them. You may also want to keep a note of the already banned hashtags in your industry, so you don’t accidentally use them.

Do you have a list of hashtags on your phone that you copy and paste onto new content every time you post? If so, this could be severely limiting how many people your content is reaching.

If Instagram thinks that you are practicing spammy behavior, it could end up shadowbanning your content or your profile. So, if you want to keep reaching a larger audience, you need to keep changing your hashtags.

The best way to combat this issue is to make a list of 40 to 50 hashtags that you can rotate for different posts. Perhaps you could start a spreadsheet to make it easier to keep track of them. Always try to mix up the combination and order of your hashtags so that you can reach the right audience.

5. Your Hashtags Are Too General

When you use hashtags to increase your follower count, it’s important that you choose hashtags that are specific to the content and not too general. While broader hashtags do have the ability to reach a bigger audience, you’re much more likely to have new people following you if your hashtags are super relevant to your niche and industry.

Another reason why it’s preferred that you use more relevant hashtags is that they are more searchable. If someone is looking directly for your niche or product or even service, they’re going to get specific with their search because they have something specific in mind. They’re not going to search a broad term, because that’s going to result in too many pages coming up.

While the hashtags you may use have fewer posts attached to them, these people are much more likely to give you a follow than the people who look at broader hashtags.

Not only can using niche hashtags help to improve your engagement rate, but it’s also going to help you increase your follower count – and these people are going to be there because they want to be. It’s going to be a lot easier to turn these followers into paying and then repeat customers.

6. Your Hashtags Are Too Competitive

With many users out there using these popular hashtags, your content is only going to be visible for a matter of seconds.

Again, to solve this issue, you need to find specific, relevant hashtags that are going to help you gain new followers and ultimately increase your rate of engagement. When you choose hashtags that aren’t as popular, your post is going to remain at the top of the list for longer than a few seconds. Additionally, you’ve got a lot less competition with hashtags that are less popular.

When thinking about the popularity of hashtags, you should consider how big your account is. As your following increases, it’s important to increase the popularity of your hashtags as well, but always try to stick to hashtags that have less than one million posts associated with them.

There are many social media experts out there that recommend sticking to only 5-10 hashtags per upload. Others think that you need many more than this, going all the way up to the maximum, which is 30. To be perfectly honest, nobody is going to be able to give you that perfect number. This is because the number of hashtags that work best for each profile varies greatly.

Every brand has a perfect amount of hashtags that they should use to bring in the most followers and gain more engagement on their posts.

This is why it’s imperative that you test out your hashtag strategy. To do so, you need to create a number of different posts that are pretty similar when it comes to format, style, and subject matter. Then, you need to post each one with a different number of hashtags attached to it and see which one does best. You may have to do this experiment a number of different times before you figure out the perfect number. It’s also vital that you come back to this test now and then because Instagram’s algorithm is always changing, which means you need to be continually improving your hashtag strategy.

Most of the reasons we’ve listed above have something to do with the strategy of your account. However, sometimes, it could just be down to an error.

If you feel like the hashtags you’re using aren’t working, then it’s a good idea to check that you haven’t got any typos. If you’re not spelling your hashtags correctly, then users aren’t going to be able to find your content when they search that hashtag. It’s also essential to make sure that you’re not using punctuation in your hashtags. This is going to result in broken links that won’t work in the search results.

Sometimes, your hashtags don’t work, and it’s not your fault.

Because Instagram is continually developing its algorithm and platform, you’re always going to come across various technical issues. At the end of the day, there are many different reasons why your hashtags aren’t working. Thankfully, it’s usually an easy fix, so make sure you use these tips to get on top of your hashtag game once more.